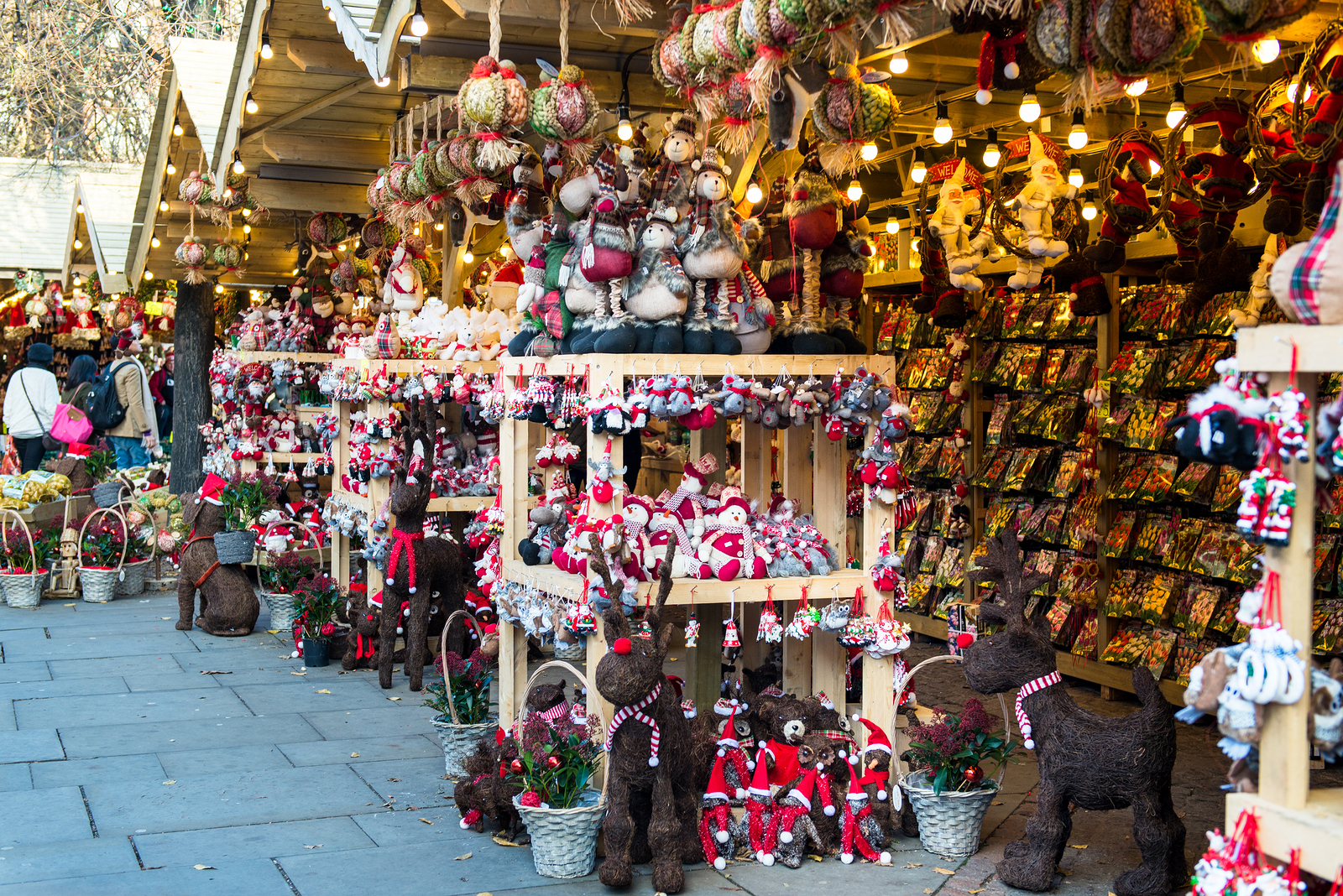 There are just two months to go before Santa makes his way down the chimney, which means people all over the UK are starting to think about what festive activities they can get up to before December 25th rolls around.

One of the most popular things to do during the Yuletide season is to visit a traditional German Christmas market, but you don’t have to jet off on a plane to do this, as there are plenty of brilliant ones taking place around the UK.

Here is our pick of the best.

Manchester was the first Christmas market to open in the UK, and is now one of the biggest, offering locals and tourists the choice of 300 stalls sprawled across the city.

It was previously thought Albert Square – which makes up the heart of the market – would not be available this year, due to renovations taking place on the town hall. However, while the site will be reduced to two-thirds of its normal size, attendees will still be able to enjoy seeing their favourite traders – from chocolate crepe makers to pop-up cafes selling Baileys coffees – at the main location.

Walking through the centre, you will be able to pick up bonsai trees, a wide selection of festive cheeses, and wooden toys, before tucking into traditional bratwurst or Hungarian ghoulash.

This year, the market will open as early as November 8th, owing to its immense popularity, before coming to a close on December 22nd. The stalls open at 10:00 and the festive atmosphere continues through to the evening.

The Roman city of Bath is popular among holidaymakers for its famous thermal spas, Georgian streets, and old courtyards. However, from the end of November to mid-December, it also becomes home to one of the most popular Christmas markets in Britain.

A spokesperson for the event says: “With so many local makers and designers showcasing their artisan gifts, you can tick off everything on your Christmas list all in one place and feel reassured that you’re supporting Bath’s small businesses.”

There will be more than 150 chalets set up around the city, selling Christmas decorations, handmade jewellery, festive fare, and mulled wine for over two weeks.

You can also tuck into a hog roast or caramelised nuts to keep your energy up while strolling around the streets in the wintry cold.

This year, visitors taking minibus hire to Bath will be able to see more than 30 new stallholders showcase their wares, which could provide some great opportunities for those who want to get started on their Christmas shopping!

Those who want to enjoy walking around festive stalls even after Christmas Day should head to Edinburgh, as its Yuletide celebrations carry on till January 4th after starting on November 16th.

Edinburgh’s markets will be focused on East Princes Street Gardens in the heart of the city. You can find a wide range of gifts and artisan products that will set you up for the season. There will also be alternative choices when it comes to food and drink, including vegan pigs in blankets and mulled Irn Bru.

The Scottish capital isn’t just a great place to visit during the festive season for its markets though, as it hosts a huge variety of events for more than a month. This includes Community Christmas, where a different building will be lit with winter projections every day for 12 nights while choirs sing some of the most popular Christmas tunes for half an hour.

Those who want to warm up in the wintry weather could get their blood pumping by jumping on a fairground ride, with the city being taken over with carousels, helter skelters, rollercoasters, and Santa trains. Children will love a trip here, although no festive experience will be complete without a trip to Edinburgh’s Santa’s Grotto in Castle Street.

There will also be a variety of shows taking place in the cultural city, famous for its annual Edinburgh Festival. Head to Baby Loves Disco’s Christmas Glitter Ball or take your little ones to Children’s Classic Concerts: Santa’s Workshop, featuring dancers from Manor School of Ballet.

Edinburgh’s festivities are some of the only in the UK to continue past December 25th, giving holidaymakers something fun to do with the children after the excitement of opening presents and tucking into turkey has died down. Having said this, it is also worth coming to the Scottish city for November 17th when its Light Night officially launches the Christmas celebrations.

“Hosted by Arlene Stuart of Forth Radio, this free event will feature performances by local choirs and youth groups including Edinburgh’s Little Voices Big Stars, Rock Choir Live, the Royal Lyceum Theatre Edinburgh’s Community Choir fresh from their preparations for An Edinburgh Christmas Carol and Intercultural Youth Scotland whose Light Night performance will feature rap and poetry,” a spokesperson for the event stated.

Those heading to the Royal Mile can enjoy the spectacle on two giant screens before looking to the sky for an impressive pyrotechnics display, which formally marks the start of the festive season in the city.

Of course, one of the biggest and most exciting Christmas sites to head to over the season has to be Hyde Park’s Winter Wonderland in London.

From 16:00 on November 21st, the capital will be transformed into a magical wintry landscape, with traditional wooden chalets, ice rinks and fairground rides as far as the eye can see.

Those who specifically want to experience a traditional European Christmas market could head to the makeshift Bavarian Village, where you will find authentic produce, bustling bars, outdoor seating and the rich aroma of grilled meats and spicy mulled wines.

The Christmas markets don’t just sell food and drink though, and you’ll be able to find plenty of presents for family and friends at the 100 stalls in the park. Meander through the maze of chalets to gaze at handmade crafts, traditional clothing, personalised decorations and scrumptious treats whether you come at 10:00 or late at night.

Winter Wonderland is also home to the UK’s largest outdoor ice rink, situated around Hyde Park’s Victorian bandstand. You can skate along the ice while listening to live music being played on the old-fashioned stage or watch your kids whizz around while you sip on a warm cup of hot chocolate.

Those who want to catch a festive show while in the capital have their pick of performances to attend, from Zippos Christmas Circus and Paddington On Ice to Magical Ice Kingdom Presents A Christmas Carol and Cirque Berserk.

Even if the weather is rather mild outside, you will certainly feel the chill when heading to London this winter if you make a trip to its Bar Ice. The unique drinking establishment allows people to enjoy a delicious cocktail in pre-carved ice glass surrounded by ice sculptures. The temperature here falls to -10C, so make sure you wear the cloak and gloves provided in the ticket price.

If getting close to the ice has got you excited, you could take part in Winter Wonderland’s ice-sculpting workshops. Head to the pop-up studio where you can learn how to craft your own icy designs. During the 40-minute sessions, you might even surprise yourself with the impressive sculpture you could end up creating.

Whatever city you end up visiting – whether you head to Bath for its picturesque market scene or Edinburgh for jam-packed schedule of Christmas-themed events – you are bound to enjoy a great start to the festive season.