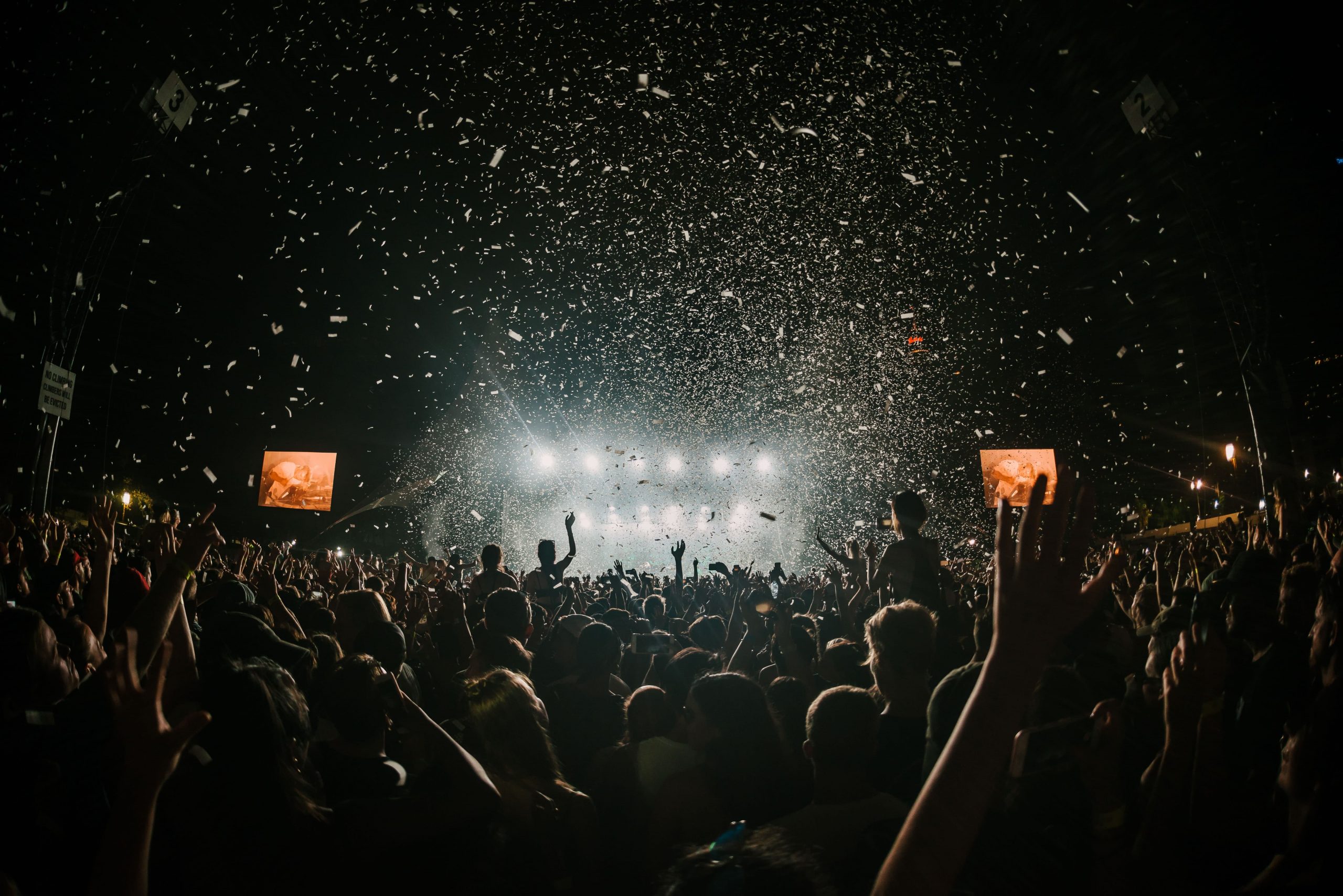 Icelandic singer, songwriter, record producer and actress Björk has been confirmed as the first name for the Bluedot Festival 2022 and will be headlining the Sunday night lineup of the even in a UK exclusive.

The Manchester Evening News reports that she’ll be joined by The Hallé Orchestra for her performance at the UNESCO World Heritage site of Jodrell Bank Observatory in Cheshire. The show will also feature a unique visual display as video and animation are projected onto the iconic, 76-metre wide Lovell Telescope.

The festival, which had been cancelled in 2020 and 2021 due to pandemic restrictions, will be going ahead in 2022 and takes place 21-24 July, and a limited number of weekend and day tickets went on sale on Friday 3 September.

Bluedot is quite a unique event and was named Best Medium Festival at the UK Festival Awards. It is an award-winning four-day celebration of music, science, and cosmic culture, that usually takes place in July at the incredible grounds of the Jodrell Bank Observatory, where the iconic Lovell Telescope has been seen from miles around since 1957.

Festival Director Ben Robinson said: “After the postponements of the last two summers we wanted to return with something extra special and unique.”

He explained that Bluedot worked with Björk’s team to help create and curate visuals that will accompany the show, which will be projected onto the surface of the Lovell Telescope at the festival, which looms over the main stage.

“Björk and her team are already working on this unique spectacle & we are incredibly grateful for their enthusiasm for making the closing set of Bluedot’s return truly unique.”

Director of the Jodrell Bank Centre for Engagement, Teresa Anderson, added: “Björk is an artist who works on the creative common ground between art and science so it’s amazing that she will be headlining the festival, here at the UK’s home of Astrophysics.”

The Icelandic singer, known for hit singles It’s Oh So Quiet and Army of Me, as well as critically lauded albums Homogenic and Vespertine among others, was due to headline the festival in 2020, alongside Groove Armada and Metronomy, which had to be postponed due to COVID-19, and again in 2021.

In a statement released at the time about the headliners returning, it was confirmed organisers were ‘working with these artists to hopefully welcome them back in 2022’.

Björk is also starring in a film due to be released in 2022, The Northman, a Viking revenge film directed by Robert Eggers and also starring Nicole Kidman, Alexander Skarsgård, Willem Dafoe and Ethan Hawke, which follows a Viking prince seeking justice for his murdered father.

Are you heading to Bluedot 2022 and looking for coach hire in Manchester? Come and talk to us today.