Top Locations For A Staycation This Spring 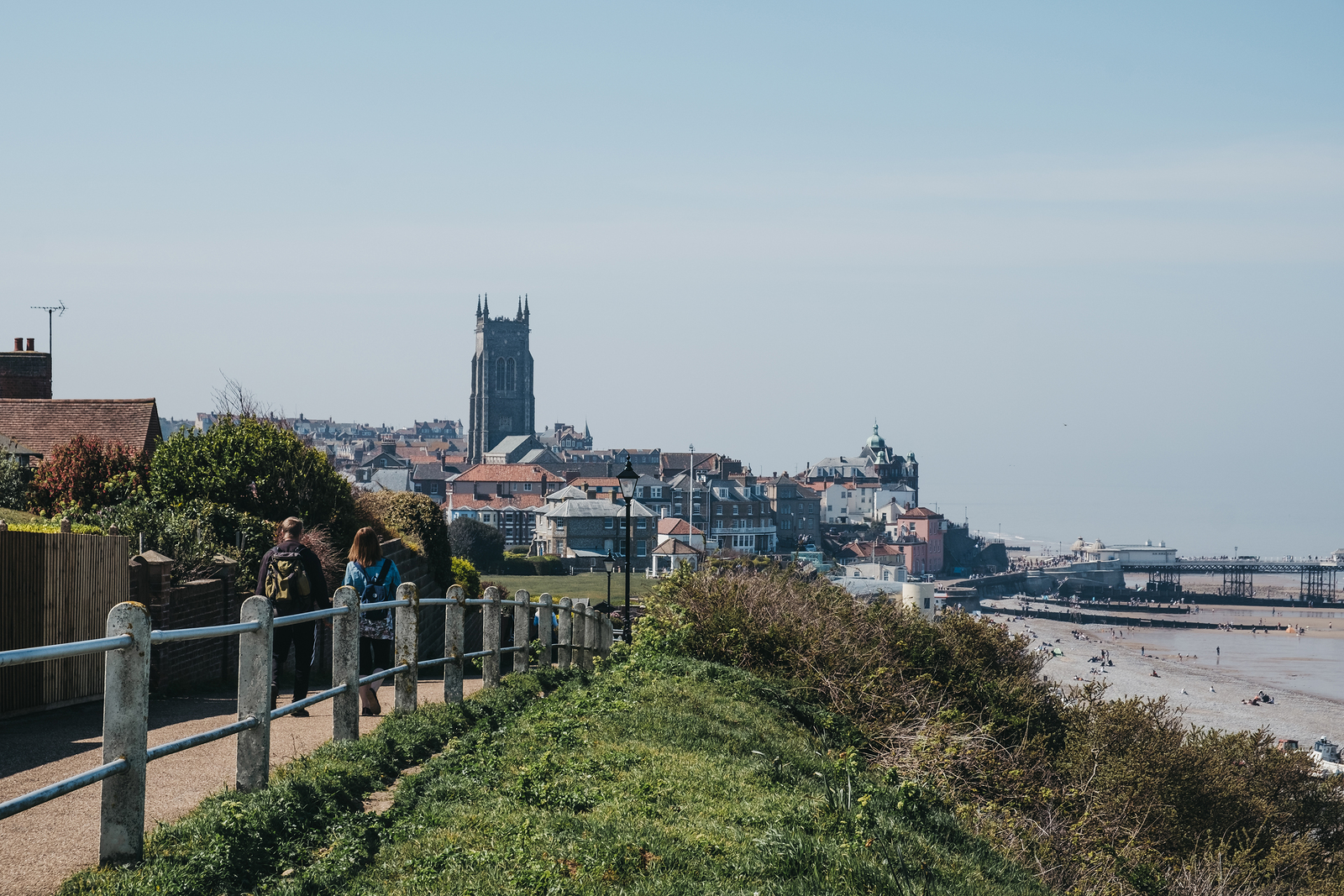 Brits who are keen to book a getaway this springtime are bound to be unsure of where they should consider travelling to. Between the worldwide spread of coronavirus and the collapse of major airlines, arranging a holiday abroad can feel a little too risky for many people.

That is why planning a staycation in the UK over the next few months could be the safer bet. As well as being the less risky option, Britain is home to some beautiful locations, particularly when the weather begins to improve and spring makes an appearance.

For suggestions on where to holiday in the UK this springtime, read on.

Before sitting down with a map of Britain and pin-pointing your favourite locations, it is a good idea to be really confident in your decision to enjoy a staycation instead of a trip abroad.

One of the main reasons why Brits might be avoiding international flights in the coming months is because of the unprecedented spread of coronavirus.

The Foreign & Commonwealth Office (FCO) advises British travellers against all travel to Hubei Province and all but essential travel to the rest of mainland China. It also advises against travel to three cities in South Korea, and 11 small towns in northern Italy.

While no other countries have had restrictions, many people might be worried their future travel plans could be impacted should the virus spread even further.

ABTA reminded holidaymakers that if travel plans are affected due to the outbreak, they would not be offered compensation as it is “outside the control of the tour operator”.

If the government does not advise against travel to a destination, but jetsetters decide they do not want to go anyway because the risk is high, their holiday company is not obliged to offer a refund.

The organisation suggested booking travel insurance for financial protection. However, this does not necessarily mean a refund would be offered, particularly if the FCO does not change its travel advice before the holiday.

This could leave many holidaymakers out of pocket if their airline and their insurer do not cover the cost of their abandoned trip, which is why booking flights or a package break seems too risky for many people.

On top of the coronavirus threat – which has already killed 3,831 patients to date – it has not been a good time for airlines.

Indeed, following the collapse of Thomas Cook in 2019, FlyBe announced it had entered Administration on March 5th 2020.

As a result, all flights have been grounded and anyone with a ticket booked with the airline has been advised not to go to the airport, as no alternative flights have been arranged unless the booking was sold by another airline.

Therefore, anyone who had booked a trip with FlyBe in the coming months is likely to have had their plans ruined.

This might deter holidaymakers from booking vacations with low-cost airlines in the future, meaning more people are likely to be staying in the UK for their break, including thousands of disappointed FlyBe customers.

So once you have decided to stay put in the UK, hiring a luxury minibus to transport you and your family or friends anywhere in the country, the question is: where do you want to go?

As spring is approaching, it would be a shame to waste Britain’s glorious countryside and not make the most of the blossoming flowers, bouncing lambs and fine weather at this time of the year.

While Britain’s vibrant cities, such as London, Manchester and Edinburgh, are bursting with life, they are great destinations to explore whatever the weather. However, with high hopes of blue skies, sunny days and green grass, you may want to discover a more rural destination on your vacation, and enjoy a really relaxing break.

Famous for its annual Glastonbury festival, Somerset is also home to more than 70 nature reserves.

The southern county boasts some of the best wildlife spotting destinations in the UK, including Shapwick Heath National Nature Reserve. Head here on a trip to Somerset and you may be able to discover some of the 60 species of birds that nest here, as well as otters, boles, dragonflies and butterflies.

Somerset is also home to The Newt estate where you can explore cultivated gardens; the National Trust’s Dunster Working Watermill; and the Jane Austen Centre, located in the historic city of Bath.

If the weather is nice, you could head to Cheddar Gorge and Caves, home to the UK’s biggest ravine. This Area Of Outstanding Natural Beauty is not only stunning to look at, with its cliffs reaching more than 450ft, but it has also become an area of historical and geological significance. This is because Gough’s Cave here was where Britain’s oldest complete skeleton, named ‘Cheddar Man’, was found in 1903.

The Cairngorms are part of the Scottish highlands and Britain’s largest national park. The scenery here is sure to take your breath away, being home to the largest area of arctic mountain landscape in the UK, the cleanest rivers and lochs in Scotland, a quarter of the country’s threatened bird, animal and plant species, and rare pinewood forests only found in Scotland and Norway.

While it is a spectacular area to visit at any time of the year, it comes to life during springtime when its rare animals – including red squirrels, Highland cows, wolves, wildcats, otters, deer, golden eagles, ospreys, crested tits and dotterels – appear to come out of hiding.

A trip here will be incredibly relaxing and inspiring, completely taking you away from the usually busy nine-to-five life and enabling you to recharge among nature’s finest.

Despite its close proximity to London, being just a 90-minute journey to the capital by train, the New Forest is one of the most idyllic locations in the UK.

Its ancient woodland, open moors, cliff tops, heathland, and glades make visitors feel like they’ve stepped back in time where nature is abundant and life far more peaceful. One of the most magical aspects of the New Forest is its free-roaming ponies, donkey, deer and cattle.

Around 5,000 New Forest ponies wander around the National Park, as well as 200 donkeys, and cows who keep the different habitats intact. Deeper into the forest, you will also find plenty of deer roaming through the trees.

As well as spectacular landscapes and wildlife, the New Forest is well-known for its range of pubs, beautiful coastline, cycle paths, and quaint villages.

Spring is a great time to visit Hampshire’s most famous destination, as the forests bloom with bluebells in late April, before the heaths get covered in yellow gorse. If flowers are your thing, head to Exbury Gardens where rhododendrons and azaleas burst into colour during the warmer months.

Nature lovers will enjoy exploring the landscape on one of the many walking trails, while adrenaline fans will relish taking part in watersports.

You could also visit a natural spring with iron salts at Iron Well, where reddish water bubbles from the ground; enjoy a trip on a miniature train; spot New Forest pony foals as you meander through the woodlands; or go pond-dipping in one of the 1,000 ponds here.

Downton Cuckoo Fair, held in the pretty village of Downton, takes place every year at the beginning of May and boasts traditional entertainment, including Maypole and Morris dancing, as well as 200 craft and artisan stalls. There is also a performance from the Downton Brass Band, plenty of food options, Punch and Judy shows, fairground rides, and rural craft demonstrations. Those looking for a very authentic British activity to do during their holiday will find nothing better than this.